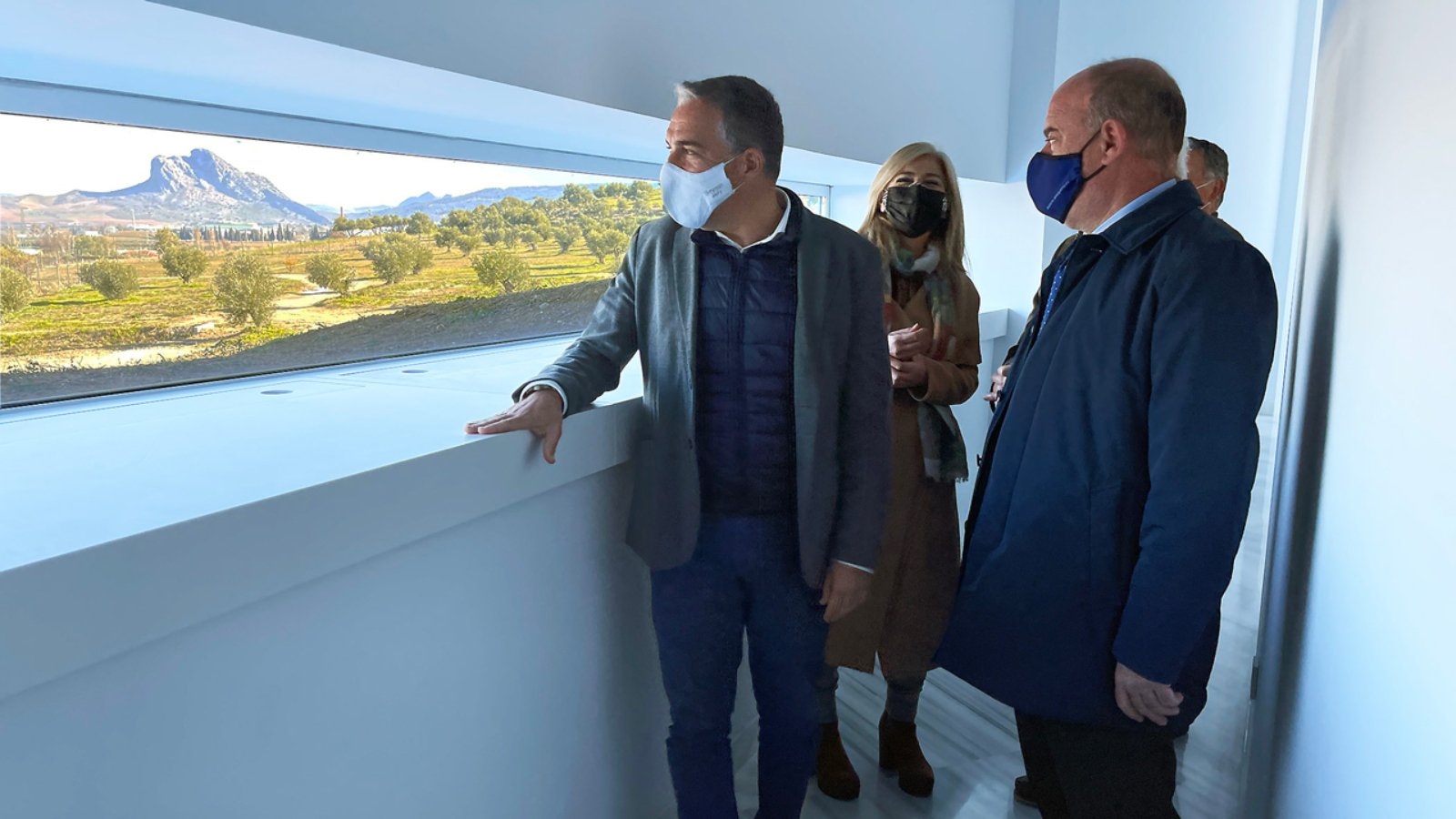 Last January, during a visit to the Archaeological Complex of the Antequera Dolmens, the Councillors of the Presidency, Public and Internal Administration, Culture and Historic Heritage, Mr Elías Bendodo and Mrs Patricia del Pozo,, announced the end of the works in the Museum Site after an investment of 4.5 million co-financed by the European Union through the Feder funds.

The Antequera’s Major, Mr Manolo Barón, pointed out: “today is a historical day because, once again, we are writing something for the history of the town. After nearly four decades when the creation of the Dolmens Museum was proposed, the works are finally finished”, it stressed the Major who personally thanked the effort made during the last two years to this end by the Autonomous Government presided by Mr Juanma Moreno “Antequera becomes again what it is, an international example of culture, archaeology and Megalithism”.

The Museum of the Dolmenes de Antequera Site will have a permanent exhibition to highlight the universal values acknowledged in this archaeological complex. Thus, it meets the recommendations of the UNESCO World Heritage Committee about transferring the citizens the features which have deserved the inclusion in the World Heritage List.