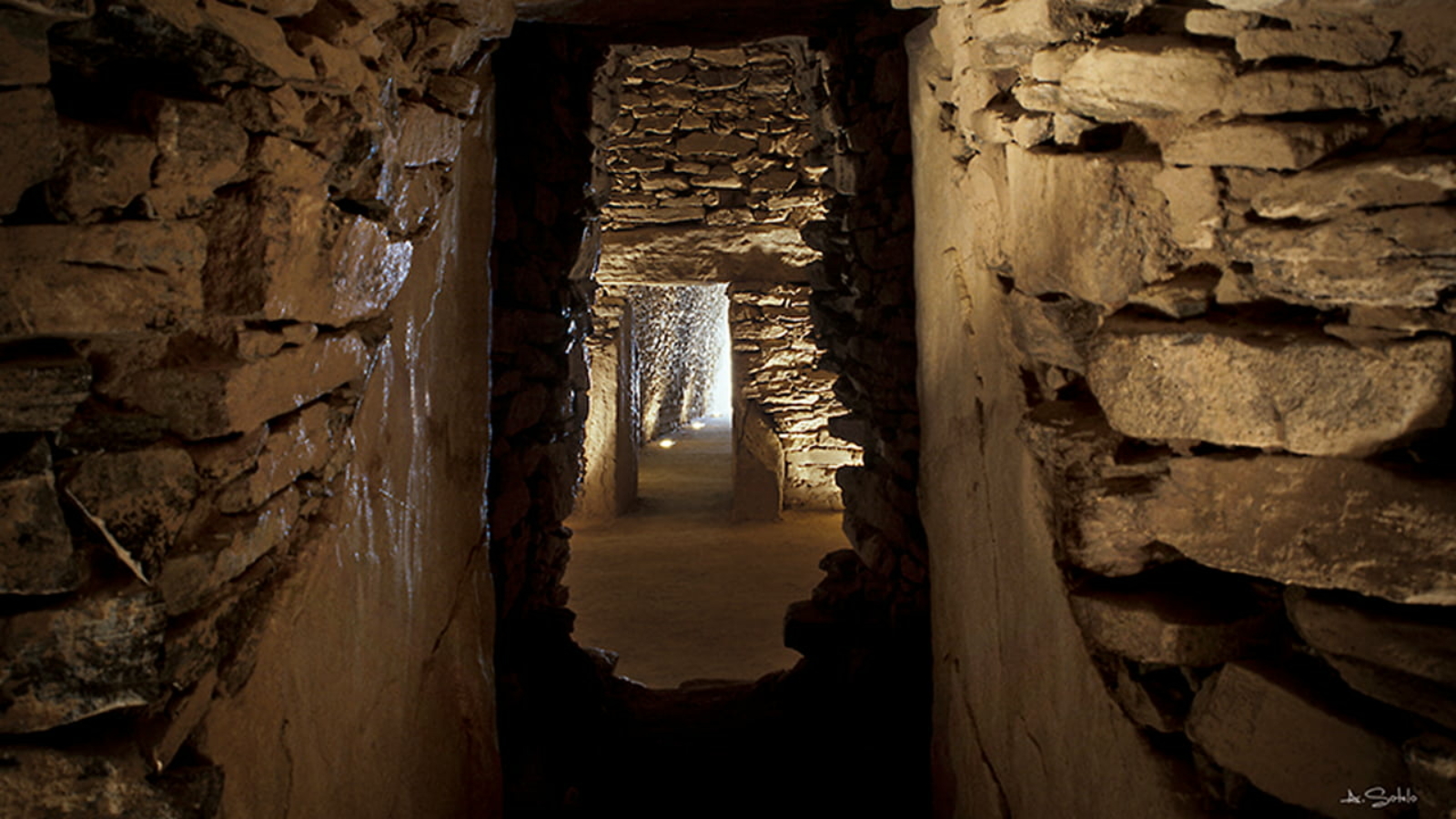 The known as El Romeral dolmen is different from the Menga and Viera ones as regards the construction architectonical technique. It is a sepulchre of fake dome, usually called “tholos” and which was constructed with the row’s approximation technique. This resource allowed creating closed spaces by approximating stone rows as they gain height, in concentric circles, until closing the upper opening with a large slab. In this way, the two funerary chambers of this dolmen were built.

Also, and unlike Menga and Viera, El Romeral was built by mainly using spare masonry; that is, medium and small stone labs joined together without using any kind of mortar.

All the above turns this dolmen into a peculiar sepulchre with a long corridor ending in a large funerary circular chamber which leads to a second corridor, much smaller, that gives access to another small chamber. The whole is covered with the biggest tumulus of the three Antequera sepulchres and it is surrounding by a cypress perimeter.

The Tholos El Romeral is one of the very few examples in the Iberian Peninsula where the orientation is towards the half-west of the sky. Its axis points -another peculiarity- at the highest rock point of the El Torcal mountain range, the Camorro de las Siete Mesas. At noon, during the winter solstice, the sun light gets deep into the second sepulchre chamber. You can enjoy this phenomenon by previously booking.