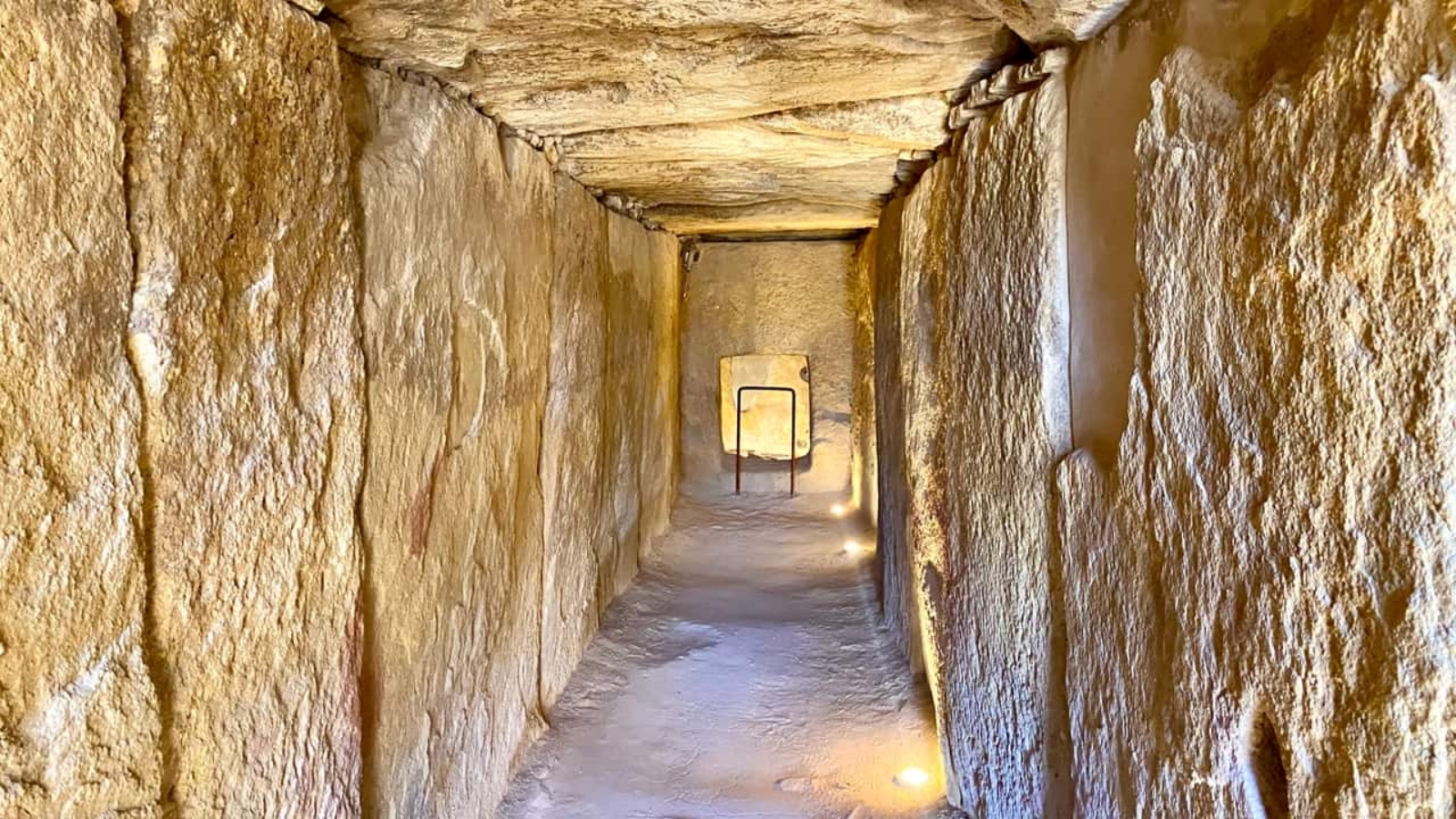 Approximately 4500 years old, the Viera Dolmen, like the Menga one, can be considered as a corridor sepulchre as it also represents one of the great megalithic traditions of the Iberian Peninsula: the lintelled architecture.

This dolmen is formed of a long corridor divided in two sections. At the end of the latter one there is a quadrangular chamber, which is accessed through a holed door, where the corpses and their trousseaus were placed. It is more than 21 m long and it is covered by a 50 m diameter tumulus.

Like Menga, it was constructing by using the orthostatic technique. It must be emphasized how perfectly the large blocks of stone are cut. These stones used in the constructions came for a quarry located 500 m away, in the current Antequera quarter named Los Remedios.

The Viera Dolmen faces east, slightly towards southeast, following the European standard pattern. Thanks to this fact, at dawn, during the spring and autumn equinoxes, the sunbeams get deep into the sepulchre chamber. Public can enjoy this spectacle by previously booking.