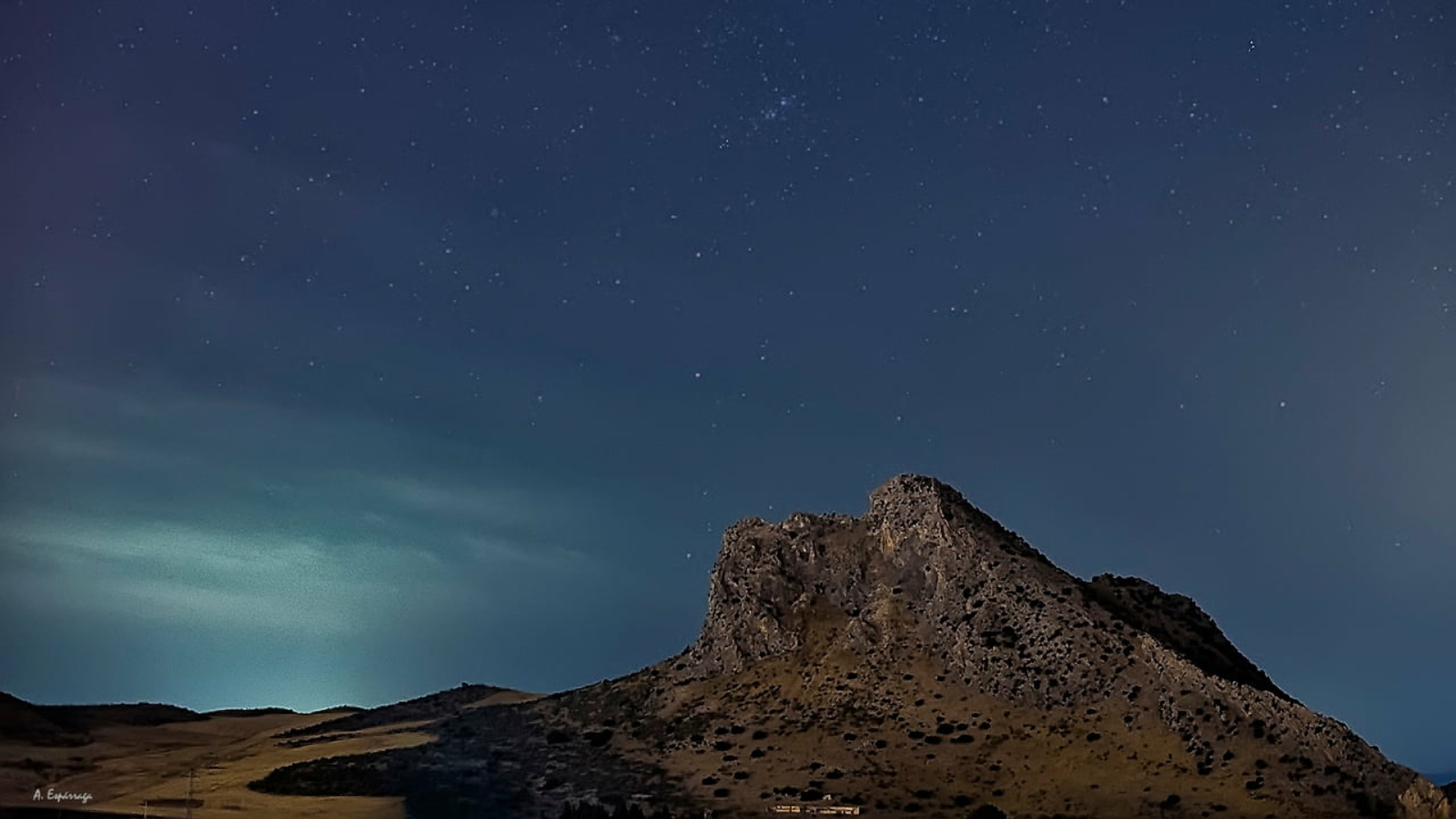 Once of the peculiarities of the Peña de los Enamorados is the close link with Menga, the sole Dolmen in the continental Europe facing an anthropomorphic mountain; reason by which it was awarded a UNESCO World Heritage. In concrete, the Menga’s central axis intersects this rock in a place at the Northwest side known as Abrigo de Matacabras, a housing element from Neolithic, with cave paintings in schematic style.

The Peña de los Enamorados’ natural landscape occupies an area of 117 hectares with great ecological value. It is declared as Asset of Cultural Interest because the archaeological significance of the area which has been settled since the Lower Palaeolithic.

From the subsequent settlements in La Peña over time, we keep some remains, such as carinated bowls and pots, big pots and jars from the Bronze Age. Likewise, it is possible to see some structural elements of Roman Times on the hillsides.

Due to the proximity and similar composition to the rock of El Torcal, the Peña de los Enamorados’s flora and fauna is quite similar to this natural landscape, mainly small reptiles and birds. The Guadalhorce River flows through the Rock side.