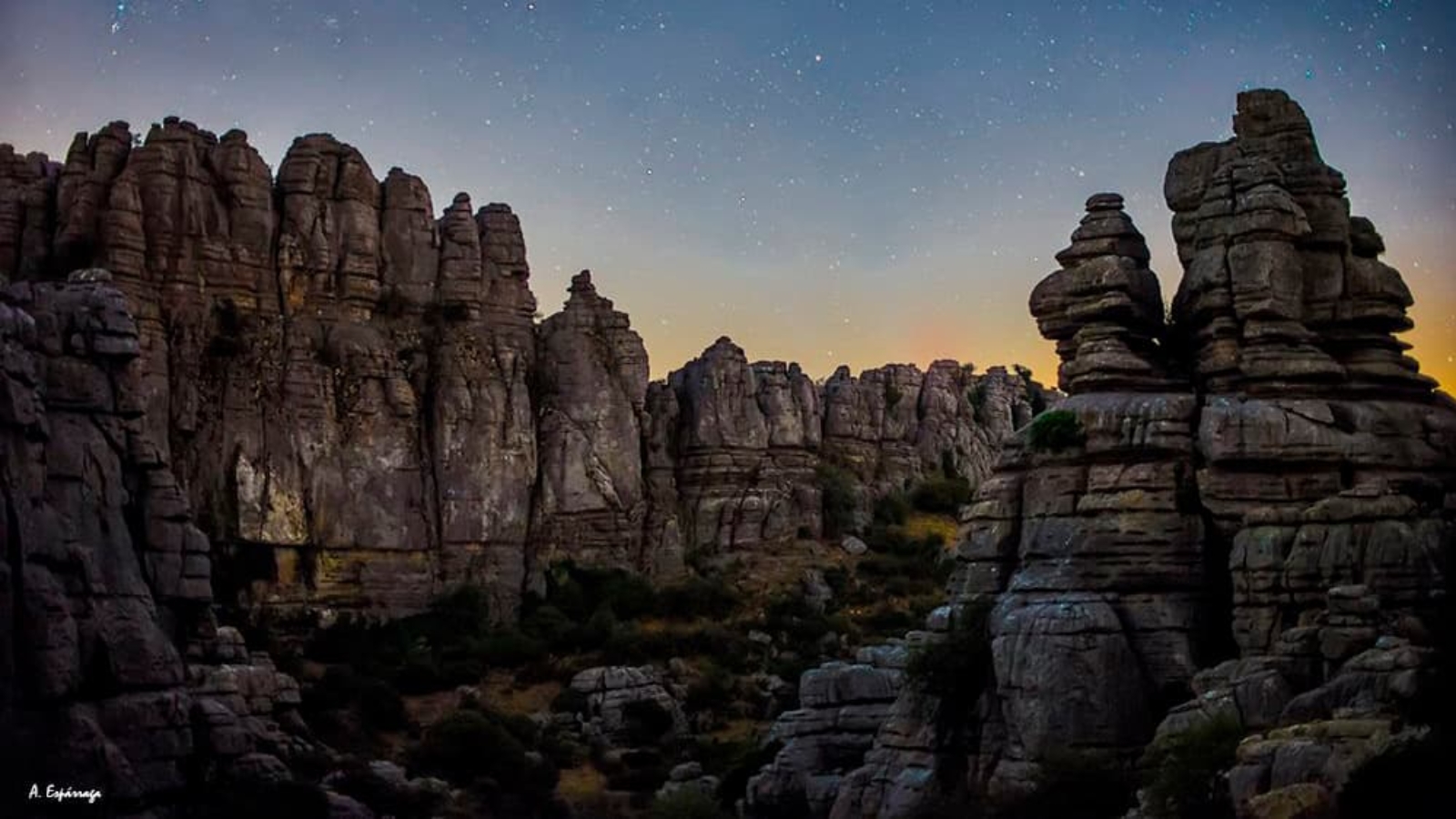 El Torcal, which is awarded as Natural Landscape, is mainly formed by limestones rocks created in the sea land during the Tertiary Period, more than 150 million years ago. The materials placed inside the sea emerged to the surface as consequence of the Alpine Folding. They kept a good part of its horizontally even though they rose more than one thousand meters over the sea level. From then on, it has been suffering an erosion process where the slow but continuous action of rain, snow and wind has shaped not only fanny rock shapes but also maze-like alleys which pass through the rocks and form interior circular sinkholes called dolines or “torcas” by which this natural space is named.